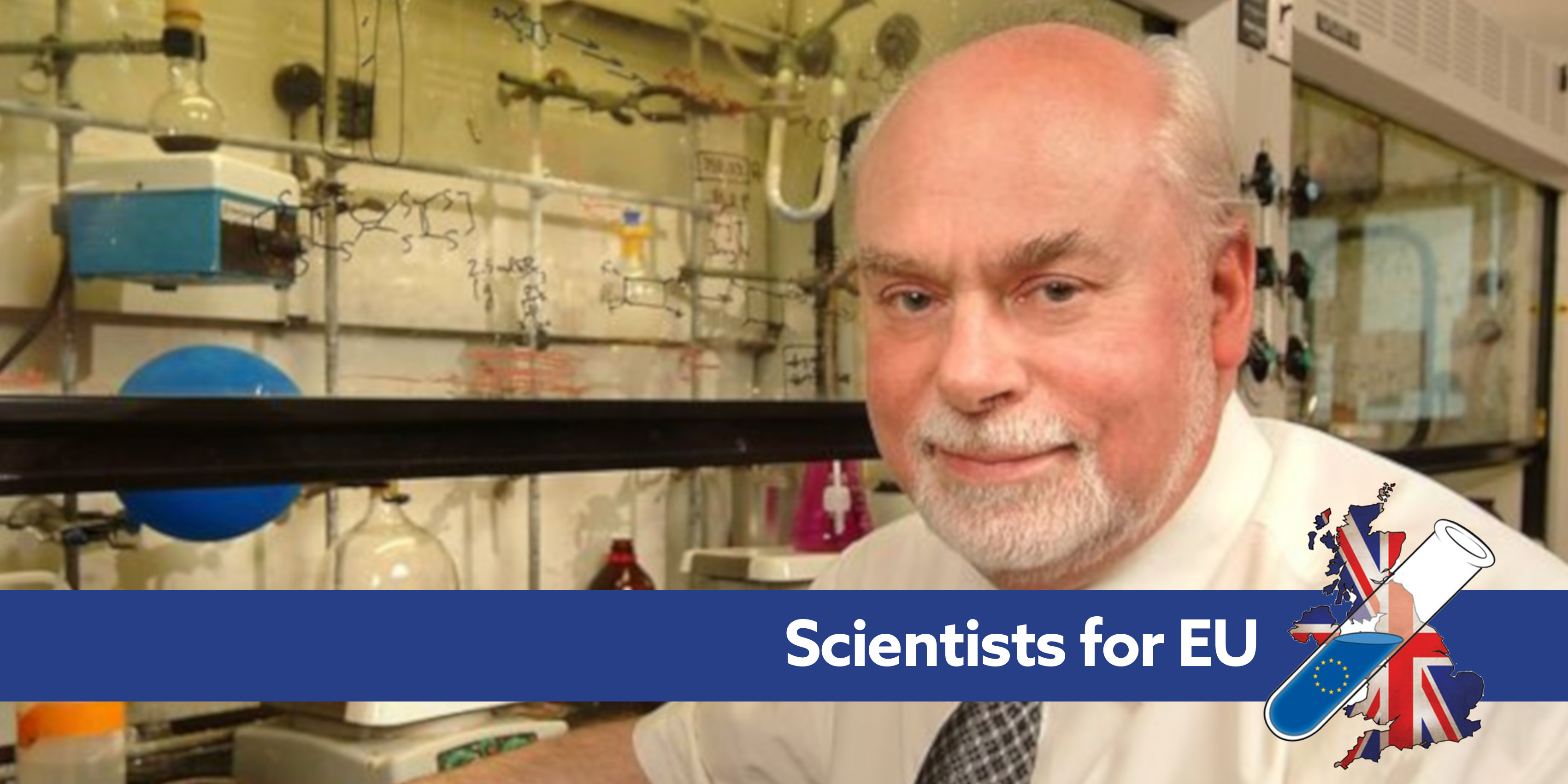 An early formative experience for me occurred in North America. After an excellent education in Edinburgh all the way from primary school to PhD, I joined a large research group at Queen’s University in Kingston, Ontario, focusing on carbohydrate chemistry. I immediately noticed the research group members were drawn from a dozen different countries.  It was my first meeting with a group of young scientists from a wide range of cultural backgrounds. It was mind bending. It was an eye-opener. It was so much fun. Three years in Canada transformed me into being an international citizen and I have never looked back.

During my 27 years, as a research scientist, teacher and mentor in the UK, shared between the Universities of Sheffield (17 years) and Birmingham (7 years), and the ICI Corporate Laboratory in Runcorn (3 years), it was my willingness and readiness to embrace human diversity that put me on the road to Stockholm.  When my all-British research group was struggling in the mid-80s to make progress against international competition, I opened up access to my research group – against some resistance from my senior colleagues – to students from Italy, Spain, France, Germany, Denmark, Switzerland and Poland, followed by Australia, New Zealand, Japan and the United States.  The British students raised their game overnight.  It was sheer magic.  I had done the experiment and the results showed it worked like a dream. Science is at its very best when it knows no boundaries.


Major breakthroughs in my research program greeted my diverse team of talented individuals in 1989, 1991 and 1996 before I left the UK in 1997 for the University of California Los Angles (UCLA).  During the seven preceding years, my research group was made up of at least 15 different nationalities most of the time.  This level of diversity is enjoyed today by most of the world-leading research groups in chemistry in the UK.  It is a large part of the secret of their success.  This is why I have been dismayed with much of the broad xenophobic tone surrounding Brexit. Why put something that has been so successful during 30 years at risk for all the wrong reasons?


The diverse infrastructure that upholds excellence in science in the UK could take a huge hit and, while it will recover, it will take decades to do so under enlightened national leadership. The UK government insist that they want to attract the “best and brightest” into UK science, but their visa system, treatment of foreign nationals, and broad anti-immigrant rhetoric communicated loudly to the world through Brexit, damages the UK’s brand and its mechanical capacity to bring in the best.


Those who are intent on lighting this fire will be judged harshly by history. What threatens the future of science in the UK applies to everything else, including agriculture, manufacturing, financial and services industries (the list is endless) and last, but by no means least, the National Health Service. The extent of the damage facing the UK and its people in the next few months is distressing to me. I hope by some means or another the country will come to its senses and the wholesale destruction of institutions and people’s livelihoods will be averted at the last minute.


In these troubled times, the world needs scientists and technologists as never before to address the rapidly mounting threats of climate change, plastic waste, shortages of drinking water in many parts of the world, mass migrations and large-scale environmental disasters.  In the absence of a dramatic change in political ‘leadership’ in countries in the West, the peoples of the world will be looking increasingly to the Asian countries where governments are led by people who are strong supporters of science and technology.  I listened, a few months ago, along with more than a 1000 young people, to China’s President Xi – a graduate of Tsinghua University, in Chemical Engineering, majoring in Organic Chemistry – speak for 70 minutes in the Great Hall of the People in Beijing on the subject of science and technology.  Aside from Angela Merkel, who holds a PhD in quantum chemistry, is there any political figurehead in our Western democracy who could rise to the occasion of speaking about science and technology for more than an hour in a well-informed manner?


If Brexit comes to pass then I forecast the movement of much of the UK’s leading research capacity to other countries in Europe, North America, Asia (particular China) and Australia.  Indeed, the seeds have already been sown for these movements to take place, and some have already happened.  I have not mentioned the funding of science for the simple reason I consider it of secondary importance.  What is important in the furtherance of science and technology is a culture that welcomes diversity with open arms – and the culture is seen by others as being welcoming.  The pan-European (not just EU) policy of free movement of people is overtly that: it aids and abets the free movement of ideas and their implementation. There is no way a post-Brexit government in the UK will be able to maintain science and technology at the internationally competitive level that we find ourselves at today.  Throwing all the money a British government might have – and very soon will not have – at scientists and technologists in the UK, working in isolation from their counterparts in the rest of Europe and beyond, will be tantamount to supporting a lost cause.


In the modern world, the key to being a leader in science and technology is the creation of a culture that attracts the brightest and best into one’s midst, irrespective of creed.  This principle must also hold in the wider environment where scientists and technologists work and play.  It has to be one in which all walks of life are subjected to the same level of diversity.  The UK needs to return to being the welcoming country to scientists and engineers it was in the wake of World War II when Austrian-born British molecular biologist Max Perutz opened up our minds to the wonders of haemoglobin and James Watson from America joined with Francis Crick to unleash the elegance of the double helical structure of DNA. As British science opened up even more over recent decades, so we maintained our leading role in the increasingly international world of science. It has been a triumph of our British culture and success. Let us not now throw that away.


Sir Fraser Stoddart (@sirfrasersays) is Professor of Chemistry at Northwestern University and Nobel laureate in Chemistry. He is on the Scientists for EU advisory board.