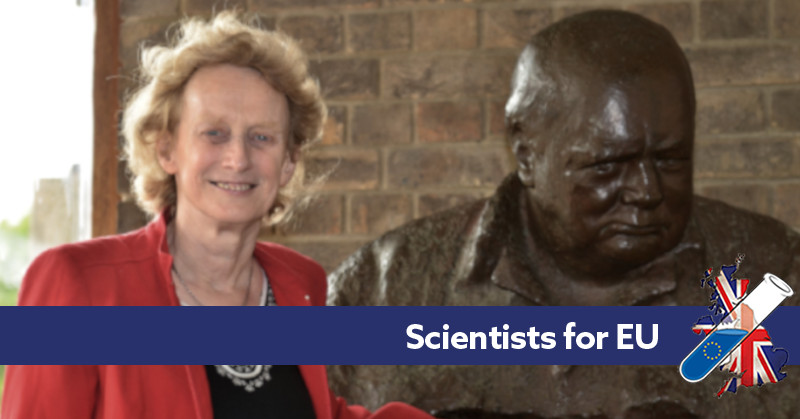 Why do I think a set of personal fellowships to be held in the UK will not equate to ‘problem solved’? For a range of reasons.  Such a programme, welcome though it might be in purely cash terms, would not and could not mimic what the ERC offers. Firstly there is the prestige associated with being the holder of an ERC grant which – in my experience at promotion and appointment panels for instance – UK Research Council grants simply do not match. The reason for that is simple:  because the competition, across the whole of Europe with a success rate of somewhat better than 10% in a typical round but usually less than 15%, is incredibly stiff (basic statistics on this can be found here). The success rate may be similar for UK Research Councils, the competition is undoubtedly fierce in the UK, but the ERC draws from a much larger pool of applicants and there are significant restrictions imposed on submitting a new proposal if an earlier one is deemed to have been below a certain threshold thereby pushing up the standard of those who can apply each round.  There is rightly huge prestige associated with winning an ERC grant.

Nevertheless the UK is a very successful country in winning such grants: its success rate is not the highest of all, but the total number of grants awarded typically has been, at least until recently. In terms of success rate – as opposed to numbers – Israel and Switzerland, both associated countries, tend to do best. The ERC Executive Agency provides the Scientific Council with meticulous data after each round covering information about gender, country and so on for both applications and success rates at the two steps.

So the ERC schemes provide a highly prestigious scheme in which the UK does well. That in itself would be cause enough to mourn its loss to the UK. But, there are other less obvious reasons why I think the ERC process is so striking. I’m not saying panels will always get things right; comparing apples and pears of different proposals is always going to contain a subjective element. But I am not aware of any UK Research Council that goes to the lengths of scrutiny – both about the grants and the process – that the ERC does.

As a Scientific Council member, I am encouraged to drop in on panels as an unannounced observer.  We write comments for circulation to the other council members on what we observe: what is working well and where panel members have concerns suggesting that the process might benefit from some tweaks.  Such commentaries, coupled with the input from the panel secretariat, the panel chairs and so on, is fed into ongoing discussions.  Over the years the process evolves to ensure it is as fair as possible. As an example, as a member of the Gender Balance Working Group I know how such input has led to changes in the required formats of submission to try to remove bias in presentation of CVs as far as possible.  Is there any UK Research Council that expects the same of its Council members?

The statistics around each call are carefully collated and studiously examined to try to ensure the process is working as well as it could. Factors such as the gender balance in panel make-up as well as in the statistics of applications and grants get examined; the geographical distribution of panel members; the years post PhD of successful applicants….and so on all get considered. How carefully is panel composition scrutinised within the UK? And are people blacklisted if they don’t contribute sufficiently, write their reports on time or otherwise fail to come up to scratch, as the ERC may do? If there is a dodgy referee’s report (and let’s face it, such do occur), ERC panel members are able, indeed absolutely expected, to use their own judgement in reaching a conclusion and if that includes throwing out an unacceptable report, so be it. All these are key matters that are given careful attention throughout the process, round after round. This rigour at every stage has contributed to the prestige with which ERC grants are regarded.  It seems to me that the rigorous processes that the ERC has created in its relatively short (10 years old last year) existence are less visible in the UK system.

It is easy to think that post-Brexit all the UK needs to do is draw up an Associated Country agreement – as Israel and Switzerland have, for instance – and access will continue unaffected. This is likely to be an over-optimistic view. When Switzerland voted to prevent free entry of Croatians, they found themselves excluded from the whole H2020 programme in 2014. It took 2 years for full access as an Associated Country to be re-established and still they can’t access the Erasmus+ Programme, although this is being worked on. The damage to the Swiss research eco-system has been profound. We should not expect things to be any easier for the UK.

Indeed, precisely because of the success of the UK in obtaining ERC funds to date, we can expect the issues to be much more profound. Switzerland may have a high success rate, but the total number of grants is nevertheless small, rendering its presence or absence essentially a perturbation on the entire scheme. Not so the UK. It currently receives 15-20% of the grants funded in any particular call: that is no perturbation. The likely position that it will not be able to take out more money than it puts in, even if it achieves Associated Country status, then renders unclear how any ranking of grants would occur. Should there be a separate ranking for UK applications? But then how would parity of quality be achieved? And if not, how will the balance of money in and out be brought to pass? These are far from trivial issues that cannot even begin to be addressed until other parts of the Brexit jigsaw are fixed into place. We should not assume that this issue can be resolved swiftly and, whatever the Government and the community might wish, it is hard not to fear that there will be gap of many months or even years before the issues are resolved. Hence there will be, I suspect, an extended period when the UK is essentially excluded whatever the long term aspiration of all parties may be. (Third country status would not permit access to the ERC.)

If and when we lose access to the ERC I believe we will lose cash, prestige and influence (and that is all before we consider the loss of researchers who choose to move to countries where such access is still available, to the further detriment of the science done here). I fervently hope the UK scientific leadership, in UKRI and Government, will recognise what is at stake if a deal cannot swiftly be reached that permits us to continue to apply for ERC funding. Science across the EU will also be damaged if we leave; the quality of the science done in the UK is well recognised and valued in Brussels. I wish I could feel more optimistic.


Dame Athene Donald is Physics Professor & Master of Churchill College at Cambridge University. She is on Twitter as @AtheneDonald