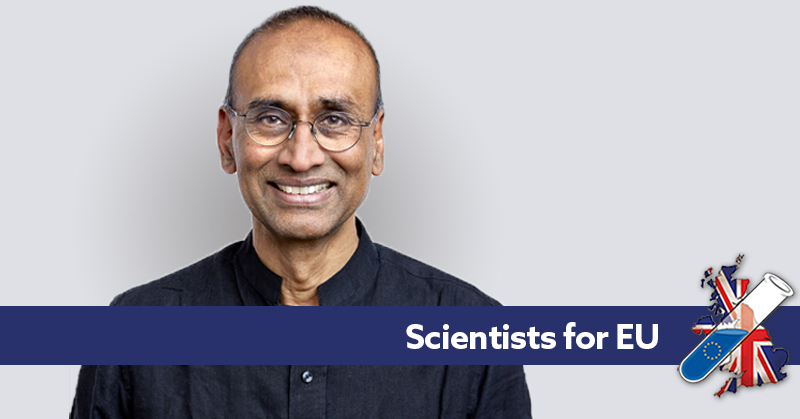 The science community was overwhelmingly in favour of remaining in the EU.  That position was adopted by analysing the available evidence.  UK science has benefited hugely from being in the EU.  Science has always been international because it depends on a rapid and thorough exchange of ideas and expertise. This exchange was enabled by freedom of movement. We have also benefited from sharing rules and regulations that allow NHS patients to access trials of cutting edge treatments and technology, which the UK is simply not big enough to deliver on its own.  And UK science has also been a net financial beneficiary.

Amidst the political chaos, it is astonishing that the idea of a 'no-deal' Brexit is still touted as a viable alternative by some politicians.  Parliament has voted against it, employers and unions have said it will cost jobs and be hugely disruptive, yet somehow the idea persists.

The uncertainty and disruption caused by a 'no-deal' Brexit would be disastrous for UK science.

Moreover, it would cause further damage to the UK’s long standing reputation of being an open country that welcomes global talent. The UK has been a leading destination for outstanding researchers from all over the world, including many from the EU. However, the damage that has already been done to the UK’s reputation would be exacerbated by a 'no-deal' Brexit, and would increasingly dissuade people from coming here. Instead, we have to do all we can to remind people of how good we are at science and how international our science community is and wishes to remain.  We need to continue to communicate that message in any way possible.

While the danger of a 'no-deal' Brexit remains, we run the risk of inflicting a terrible wound on our future.  Now our elected representatives urgently need to decide whether to agree to the current deal on the table, seek a further extension, to call a general election or have a second referendum, or to revoke article 50 and simply remain in the EU. Given the current gridlock, I personally feel it would be best to revoke article 50 and I signed the ongoing petition accordingly (in a personal capacity).  Politicians need to rise above partisan politics and self-interest and act soon in the best interests of the country. Whatever they decide, it is time the threat of a 'no-deal' Brexit is buried permanently.

More information about how a 'no-deal' Brexit will affect UK science can be found in the Royal Society 'no-deal' Factsheet.